A program that simulates a DM running a RPG adventure.

I wanted to create a program that simulated the work of a Game Master / Dungeon Master on a pen and paper RPG session (and no, that’s not what all computer RPGs do). It all came from the research I made for my talk at Roguelike Celebration 2018 and the short article I published afterward. I knew in advance the 7 days timeframe was a bit short, but I believed I could at least do a proof of concept.

The rationale behind it was: Rogue’s intent was to simulate a Dungeon Master able to create Dungeon Dive campaigns, what if I try to create a program that can generate and run Epic Quest campaigns? these two are known as the “simplest” types of campaigns/adventures since the objective is pretty straightforward, and players know what to expect, they are the easier for the Game Master to run.

Of course, there is a lot of terminology on RPGs and none of it could be considered official. I did some research on Day 1 (including this pretty good post) and was really starting to despair since the solution to this seemed too complex and hard to scale down into a first iteration. Seriously, just taking a look at that website and reading two articles is enough for you to want to give up any pretensions of making a program able to do a tiny bit of what a good GM can do.

In any case, for the context of this, an Epic Quest type of campaign is that where the party has to travel the land finding clues to incrementally work towards an epic goal such as saving the world by destroying an arch-villain or finding/destroying an artifact, or a similar cool sounding task. All while surviving battles on the road, and becoming stronger to fight stronger monsters. Check this nicely worded article for more info on Epic Quests.

I have had a very shallow RPG playing experience, and I have never done GM’ing, so I just took what I knew from these sessions along with my research, and used that as a foundation.

The initial idea was to simulate the GM process by generating some key points of the campaign and then reacting to the player actions to build the intermediate steps or tweak the outstanding milestones. However, I ran into issues to implement that as an algorithm and had to settle in the end with generating the complete plotline from the onset.

Heroes of Noresskia is a classic Medieval Fantasy setting, I still haven’t delved into the details of it, since that was not necessary for this project. It’s basically what you would expect for a classic Dungeons an Dragons world: medieval cities connected by roads and ships, people with swords and bows, monsters roaming the countryside.

I should, however, note the tools and assets I used to build it even if it was not the development focus of the project, since it’s what it’s more visible and also it served as a proof of what the AutoDM engine can do (and could potentially do if expanded).

First off is the actual world map, after searching around for a bit for map generators, I stuck with Azgaar’s Fantasy Map Generator. It can create worlds that are big enough, detailed and more importantly, it generates towns and the connections between them.

Then, of course, another critical aspect of the setting were the illustrations for the characters and the monsters. I went thru both Unity and Unreal’s asset stores looking for what I needed but wasn’t really happy with the sets I found (see 1, 2, 3). The main problem I had was, well, these are icons, so even if they were presented on a high resolution, it was hard to incorporate them into the layout I had in mind.

I finally went back to OpenGameArt.org and checked back into some assets I had dismissed initially because I thought they were too photorealistic, but on closer inspection, they were perfect for what I needed. They ended up having some interesting backstory, they were created as part of a Kickstarter campaign for the FLARE project  (Free/Libre Action Roleplaying Engine) but with the intent of them being useable “[…] in a great many free/libre media projects, from other video and computer games of different varieties, to print board games and rpgs, to modules and adventure scenarios or for use in other media.“. Well, I’m glad I found a good use for them! you can also back the artist’s Patreon to support this great work. 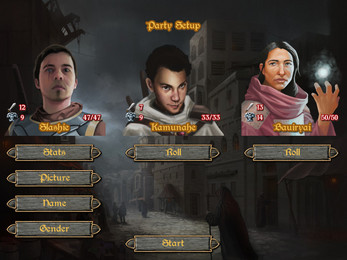 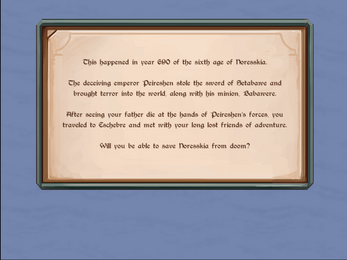 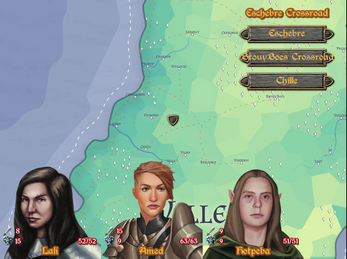 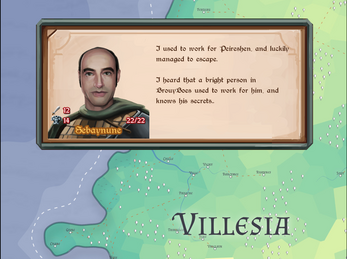 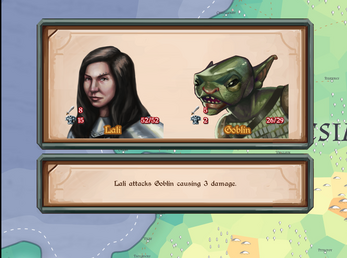